There are lots of people from overseas coming to Japan not only to work but also to live, to learn Japanese lifestyle. Mr. Davide Cultrera is also happy to live in Tokyo and to learn Japanese culture. We are so grateful to introduce Mr. Davide Cultrera, who came from Italy. His first name, "Davide", reminds us that Davide defeated Goliath in the Old Testament and makes us feel "Courage" in front of "Challenge".

It is sure that Davide came to Tokyo, Japan with his courageous heart. He was born in Italy, and went to England to get a Bachelor's degree in Computer Science before coming to Japan. He had the chance to encounter Japanese culture when he was in England in his college days,then he started being interested in Japanese culture and has some friends from Japan. Fortunately, he had the great opportunity to get a job with an IT company in Tokyo, Japan and came to Japan in Yr2016 to work as Software Engineer. 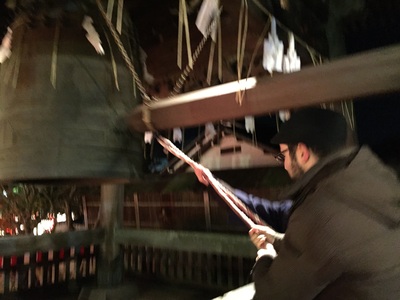 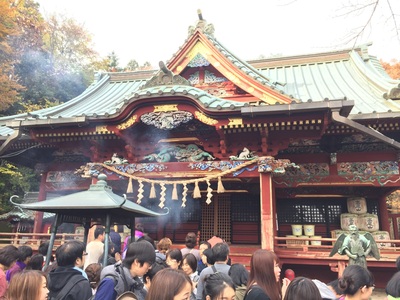 He is so excited now not only to work in Japan, but also to learn Japanese culture such as Ukiyoe, Crafts and Japanese history, especially the era of Edo, (Samurai era).There are many people from overseas who are knowledgeable about Japanese culture more than Japanese people. It is sure that he has the potential to become like those people with his courageous heart. 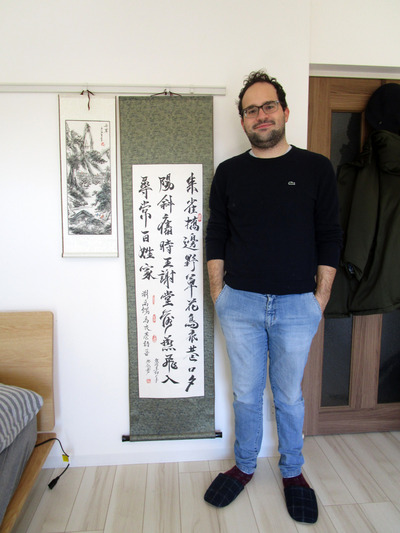 "Congratuations on your new home in Tokyo ! "

Thank you very much for your kindness, Davide-san!

We have wonderful encounters,