We believe that life offers us chances to encounter various people from all walks of life. One of the main reasons why we love working in this industry is because these encounters are very delightful, and have given us joyful discoveries as we get to know the people we meet even further.
This time, we'd like to introduce you to Mr.Michael Leger is from France, he is known as a knowledgeable man who loves French cheese. We are very happy to help Mr.Michael Leger finds his apartment.

In 28 years ago, he was a young tourist for the first time in his life, to trip to the Far East. He was very confused about any experience a different culture in an unfamiliar country, Japan.

But that situation reversed quickly.

He told us smilingly it was unnecessary to have some apprehension of his failure, just one month later, he could establish a rapport or relationship with Japanese people who got to know each other in parts of Japan. He met people with brotherly kindness every time he visit, and he wanted to do something to repay them somehow.

Above: Mr.Michael Leger and Seiya Kato from Tokyo Apartment Inc.

A few years later, he had been often got consulted about French cheese and wine from such friends in Japan. He was depended on and very appreciated with his attentive recommendation always.

He felt there's going to be a great demand for consultation more and more, as time passes.

In this interchange, Mr.Michael Leger wants Japanese people to know and experience about that wonderful French cheese than they do now. 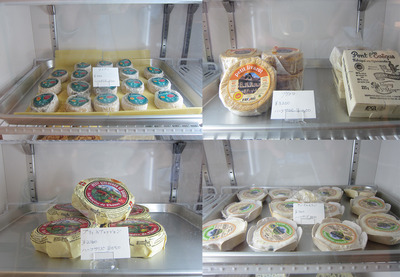 Above: This is just a little part ! Fantastic selections from France

In Tokyo, the distinctive traits of a cosmopolitan city, multinational and varied culinary cultures developed with the highest quality or sophistication.

The highest rank of stars in the Michelin Guide is the largest number ever for restaurants in Tokyo at the world. There is rapid population growth of the disposition and habits of epicure, their expectation values are rising.

From the outlook for the success of his business, it was the greatest decision in his life. Mr.Michael Leger resolved to open his own store in Tokyo, Japan!

In 2016, he realized his dream, that is "your French cheese shop in Tokyo" is named "La fromagerie Caillé", which is located in a fashion centre filled with chic cafes and boutiques, DAIKANYAMA. The shop name "Caillé" derives from the name of the first process of transformation from milk to cheese in French. 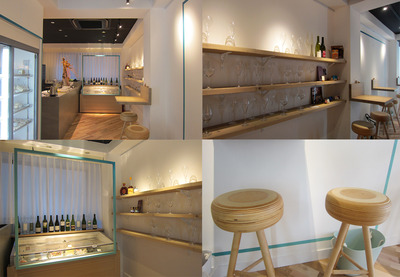 Above: Magnifique design for Interior and conceptual stools

They have French cheese and beautiful biodynamic wines that you rarely see in Japan.

If you are interested in getting to know many kinds of cheeses and wines, they'll welcome you to visit their store and participate in their events.

Please drop in and feel free to ask them about good selection of cheeses and Wines.

There is a place for everyone to enjoy French cheeses, you can choose take-away or eat-in, also the fabulous thing is that they serve light cusine are cooked with well selected cheeses and French wines in a casual style.

Above: Their cheese cusine must be "the beautiful marriage" with well selected Wines!

The French Cheese,it was developed for their valuable preserved food that has a long, ancient history.

French cheese is known as there're over 400 types of cheeses and named its came from the places of origin.

Mr.Michael Leger gives you an introduction in the original French.

An experience like no other ! Please enjoy experience French food culture through the senses. 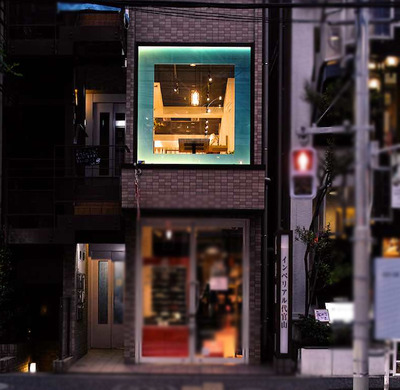 Only Friday & Saturday open till 11PM