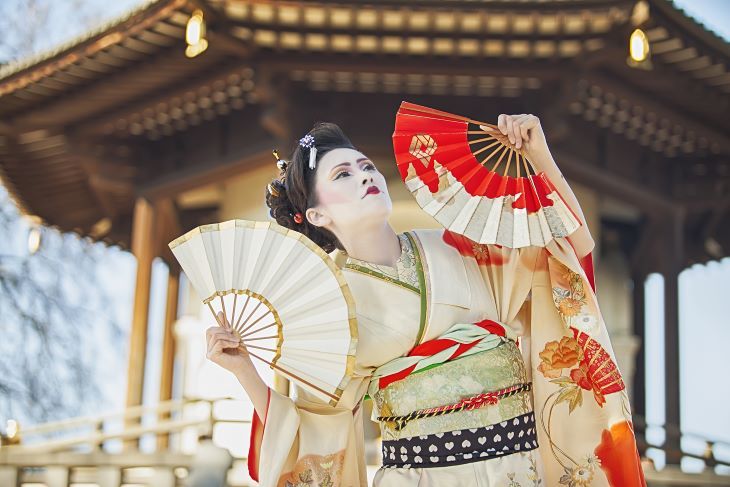 When visiting Japan from abroad, lots of foreigners look to experience the authentic aspects of Japan such as seeing authentic Geisha or have an interest in seeing some of the shrines or temples.

In recent years, the demand from foreigners for traditional arts and crafts in order to experience the authentic spirit of Japan has been on the rise, including those who want to become craftsmen for items such as swords, textiles, ceramics, etc.

One learning some of the beautiful arts and techniques of tradition, you may start to feel what it is to be a real Geisha, samurai or ninja in Tokyo.

In this edition, we will introduce you to some of the traditional aspects of Japanese culture that you can learn and experience while in Tokyo. Get an authentic taste of traditional culture unique to Japan!

There are various types of folk costumes around the world, but when talking about Japan, one item definitely stands out. The kimono.

Even to this day, the colorful, elegant and attractive kimonos and yukatas are still used and loved by both Japanese and foreigners.

In modern Japan, you won't see people who wear a kimono on a daily basis, and one of the reasons is because it is not something you can just throw on by yourself, and will require assistance.

However, there are still lots of occasions where Japanese people will wear a kimono as formal attire, such as for New Year's, the coming-of-age ceremony, weddings, or in celebration of a child starting school. Also, wearing a kimono or yukata during the summer fireworks festival is common and quite relaxing. In fact, once you get used to it, some people say that it's not much different your regular clothes.

For foreigners who are in Tokyo for a limited time, be sure to try a kimono or yukata on. You may learn more than you think just by trying one on. What does that mean? It means you can have an authentic experience and be able to participate in taking lessons on calligraphy, flower arrangement, or learn a traditional Japanese dance and double your learning experience.

Japanese is a very difficult language, but learning how to write one of the beautiful characters can give you a unique experience that is quite different than just studying Japanese. It also requires concentration, so it is an activity that will help to train your mind.

Even in Japanese education, calligraphy is considered important, and it is known as a staple of homework for winter vacation. Those who are good at calligraphy are often seen as attractive and popular.

The tea ceremony can be said to be the starting point of learning about the hospitality of Japan. Tea ceremony lesson teach you how to make and serve tea in the most traditional way. These lessons include using powdered green tea, so it is an activity that is recommended for foreigners who love matcha.

By taking a lesson about tea ceremonies, you will be able to feel the nature and seasons unique to Japan, and at the same time, nurture your mind. If you want to be someone who values people and things, and learn about how to take care of people around you, be sure to give it a try.

Ikebana and flower arrangement allow you to not only enjoy beautiful flowers, but also to learn about how to conduct yourself when taking care of them. By creating new combinations using seasonal plants and other various items, you can learn about how fun it is to create something from the heart, and at the same time, cherish the life of plants and flowers.

Japanese "Buyou" is traditional Japanese dancing, and there are lots of schools to learn about it. Folklore performing arts such as Kabuki has continued to evolve to the present age under the influence of Western dance. It is dance that sometimes is performed with props such as fans or shades and by trying it out, you will learn another aspect of beautiful Japanese culture through dancing.

Surprisingly, there is a lot of squatting or twisting with Japanese traditional dance, so this is also a chance to get your daily workout done, hence there are lots of women who take lessons and use it as a workout.

Ceramics is one of the oldest traditional crafts of Japan, and it is a technique for making "Yakimono" (meaning "fired thing", is an important term that encompasses the entire ceramic culture of Japan). Raw materials are roughly divided into two types, "Toki" (items made of soil), and "Jiki" (items made of stone powder), and are sometimes collectively called porcelain.

"Minoware" (referring to Japanese pottery that was produced in Mino Province around the towns of Toki and Minokamo in Gifu Prefecture, central Japan) and "Aritaware" (a broad term for Japanese porcelain made in the area around the town of Arita, in the former Hizen Province, northwestern Kyūshū island) are famous pottery products, and they have various characteristics depending on when and where they were produced. By learning and actually experiencing the process of making ceramics, you will feel a deeper connection to the art. The advantages of learning pottery are unique.

A "Haiku" is a short poem that is expressed in words that consist of three lines with the first sentence being five words, the second being seven words and the last line again consisting of five words, and has a rule that states you have to use at least one seasonal word in the phrase.

The word "HAIKU" is already known not only in Japan, but all around the world, and has become a popular hobby for foreigners.

Haiku can be enjoyed by anyone, but if you come to Tokyo, why not study haiku in a haiku class?

A wonderful opportunity to try and master some of the different and various techniques with Japanese musical instruments. Take a shot at learning how to play traditional Japanese music. 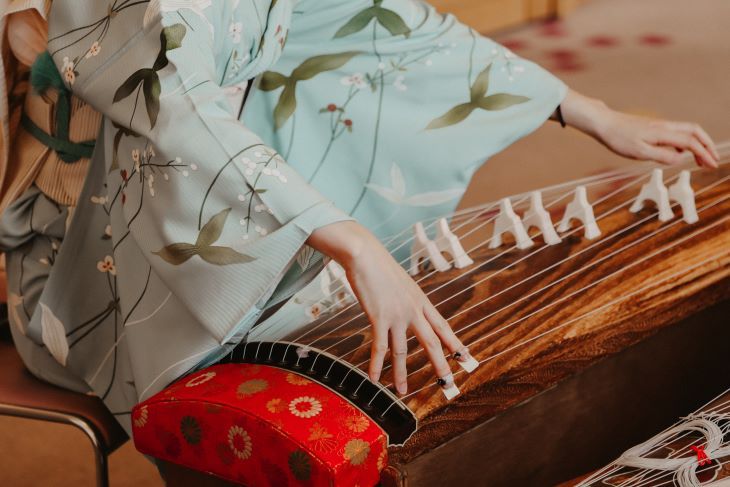 ３ Lessons in English in Tokyo

You can learn about how to put on a Kimono or Yukata, and there are various types of courses.

A teacher who studied abroad in New York holds Japanese dance classes for the masses.

In Ueno, Tokyo, you can learn about pottery and Kintsu (repairing pottery with a lacquer mixed with gold, silver, etc.) in English.

In this edition, we have detailed some of the Japanese traditional lessons that foreigners who like Japan should definitely experience.

A variety of crafts and art are a common sight in Japanese movies and animations, and the number of foreigners who want to learn about traditional crafts in Japan is on the rise. There are many things to learn about Japanese traditions, so why not start with the ones that interest you.

We hope that you will be able to experience traditional culture and gain a deeper knowledge of Japan by referring to the content introduced this time around.