TOP
Topics
Get to Know Your Neighbors Through Seasonal Festivals!
Oct 12. 2020Topics

When you first start living in Japan, It's natural to want to get to know your neighbors. You might try a friendly greeting while throwing out the trash in the morning, or maybe it might be nice to invite your neighbors over for a meal. Sometimes though, cultural and language barriers might make getting to know people difficult.

As it turns out, towns have local events that are held throughout the year. Why not try participating in some of them? Here's an introduction of a few events that will likely be held in your area. 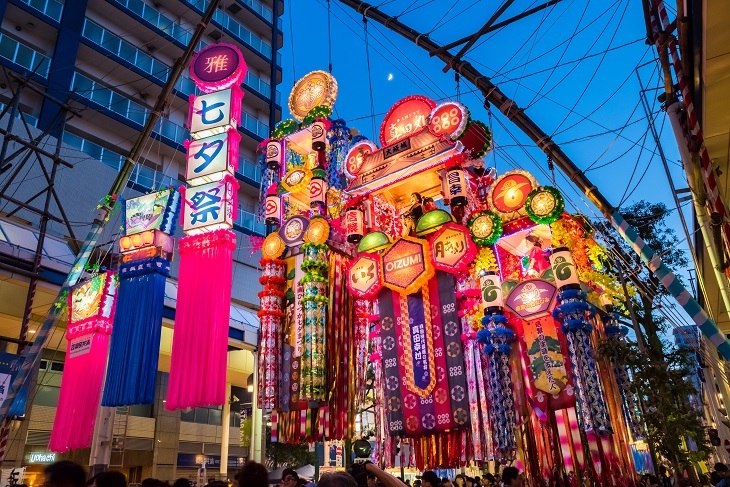 Tanabata is a festival held to commemorate the ancient story of a special day (July 7th in the old Japanese Lunar Calendar) in which two star-crossed lovers, parted by the Heavenly River (The Milky Way) are allowed to meet.

Throughout the city, kids gather to put up Tanabata decorations. If you would like to participate, it's best to go to your local neighborhood hall, where you will find a decoration schedule. You'll happily laugh as you cut and glue together colored paper, write a wish, and hang it from a tree. For an example of a large Tanabata festival, follow this link! 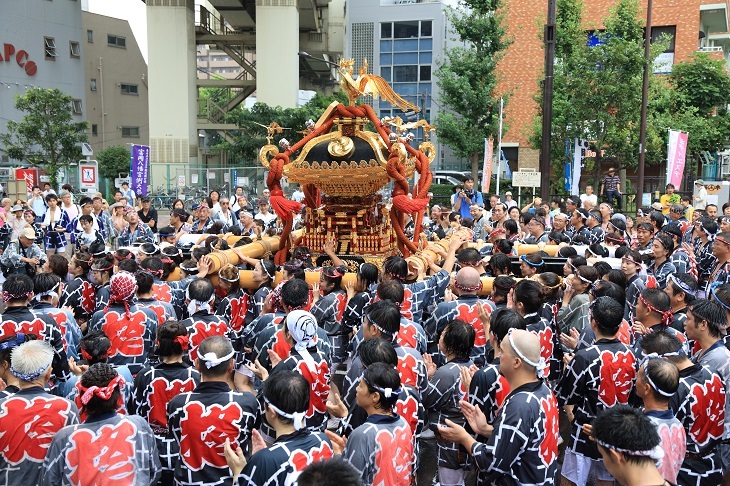 One of the most representative images of Japanese festivals is that of an Omikoshi parade, where a procession of people carry a brilliantly colored shrine on their shoulders and march as they sing and chant. Each part of town houses a shrine at its center, and every summer an Omikoshi festival is held. Don't miss the chance to participate in this powerful and energetic event!

If possible, please buy a traditional "Dabo" shirt in advance, but if you aren't able to, the community association will typically have extras. If shouting "Washoi! Washoi!" as you march down the street covered in sweat sounds like fun to you, I recommend you give it a try! 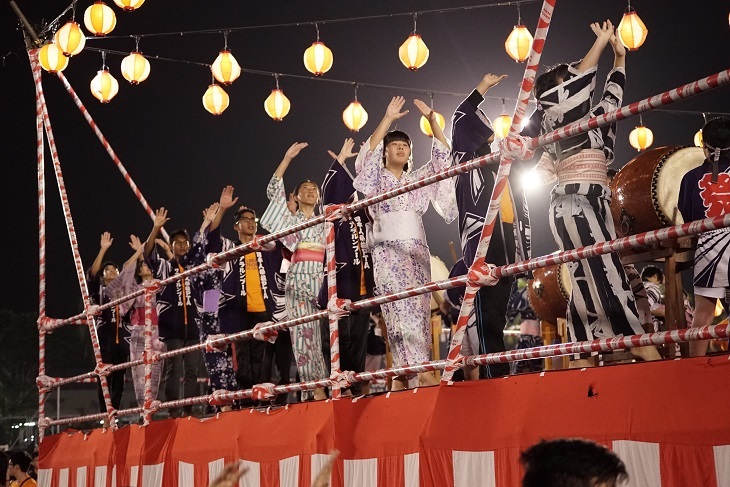 If Omikoshi is a festival geared towards men, Bon Odori is the perfect event for women (though of course men can enjoy it too!) In the summer of 2017, for example, a large scale event was held at the intersection adjacent to Shibuya Station, drawing huge crowds. Why not go to this year's Bon Odori? Many women wear beautiful yukata, but there are also many people who wear casual clothes.

Now that you're here, try joining the Bon Odori dance line! Don't worry about the specifics of how to dance! So long as you follow the example of the people in the center and do gestures similar to those around you, you'll do just fine. If dancing isn't your forte, there's plenty of other things to see, including yakitori, cotton candy, and yo-yo stalls, all unique to the festival! 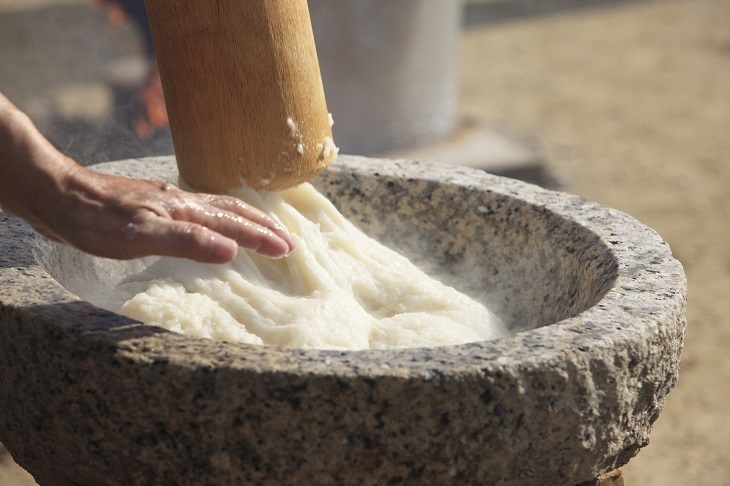 Around the end of the year and January, Omochitsuki (rice pounding ceremony) is traditionally held.

Omochitsuki is an event in which participants light a fire to cook rice, and pound the rice thin in order to make rice cakes for new years decorations. Children, adults, and everyone else are welcome to participate!

In the beginning, don't worry about using a lot of power, just have fun hitting the rice with the mallet. Bean paste, soybean flavor, soy-sauce flavor, all sorts of mochi will be served. And of course, don't forget your souvenirs!

Recommended for Foreigners Raising Children in Tokyo! What is the International School Situation in Japan?
Things you need to know before coming to Tokyo! A guide to proper manners in Japan for foreigners