TOP
Topics
For the foreigner who loves Japan! The history about Japanese last names and more
Feb 11. 2020Topics

For the foreigner who loves Japan! The history about Japanese last names and more 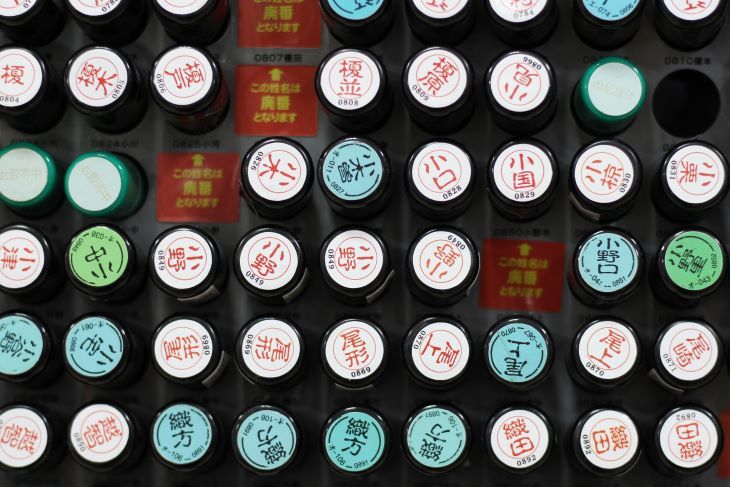 １ Getting used to the culture of Japanese "last names"

With the current Japanese trend toward globalization, a lot of Japanese parents have started to give their children names that are more familiar and easier to pronounce for foreigners. Names such as "Ema", "Karen", "Kate" and "Joe". These kind of names make it easier for foreigners to remember, pronounce, and are easier to read. However, in Japanese society, people often call each other by their last name rather than their first name, and foreigners thinking about working or living in Japan often need to learn the last name and the Chinese character in which it is written of the people around them. Japanese people refer to each other mainly by their last name only, so if they aren't able to match the Chinese character of their last name with their face, they may be in trouble.

It is believed that the family register in Japan was created in the 8th century when ordinary people started to use last names, and is modeled around Chinese culture. Since that time, last names have increased rapidly with the times, and it is said that there are as many as 300,000 types of last names in Japan today.

It may be a bit little difficult for foreigners because Japanese last names sometimes not only use the same Chinese characters for names that are pronounced differently, but some names are pronounced the same, but use different Chinese characters. For example, there are names like "Kouno(河野)", as in the case of the current Minister of Foreign Affairs for Japan, Mr. Taro Kouno, but there are some people who would pronounce these characters as "Kawano". Foreigners considering staying in Japan should learn a little bit about Japanese last names in advance of learning Japanese.

３ The most common last names among Japanese people in Tokyo

Here are some of the major Japanese last names that are said to be common in Tokyo.

Among all of the last names of Japanese people, "Sato" is said to be the most common in Japan, but the last name "Suzuki" takes the top spot in Tokyo. The name Suzuki originated from calling piled rice straw being dried on the Kii Peninsula "Suzuki".

Sato is said to be second only to the name Suzuki in Tokyo. The name Sato is said to come from the origin of the Fujiwara family, connecting the Fuji (藤 pronounced "To") in Fujiwara and the character "Sa" (佐), meaning to assist or help.

The name "Takahashi" is the third most common last name in Tokyo, and its roots are currently in Tenri City, in Nara Prefecture. There are also people who use the character "髙" meaning "high" as the Taka portion of Takahashi. .

It is understood that the roots of the name "Tanaka", a surname derived from topography, and is a name that is found all over, from Hokkaido to Okinawa, as well as Tokyo.

The name Kobayashi can be attributed to the music of a small festival, small forests, forests close to houses, and bushes.

４ Rare last names of people in Tokyo!? What is a last name that is good to have?

A very rare last name in Japan, that is said to be a name that only about 10 people nationwide have, is Tokyo (東京). Despite the fact that Japanese people often have place names as their roots, very few have the last name of the capital of Japan, Tokyo.

Here are some very rare last names in Tokyo.

Muteki, meaning invincible. A name that has a sense of strength.

Written as the character for "August 1st" and has a variety of way to read including "Hasaku", "Yabumi" and "Hozumi". In addition, there are other last names in Japan that are written as dates, such as "六月一日", written as June 1st and pronounced "Urihari", "Murihari" or "Kusaka".

If you are used to Japanese and want to learn more about Japanese last names, take a moment to explore the origins of Japanese names with this link.

In this article, we have run over a few of the details regarding Japanese last names that foreigners who plan on living in Japan should know about, as well as some of the common and rare last names in Tokyo.

You may encounter someone with a last name that is difficult to pronounce or unusual. However, Japanese people tend to be turned off or feel uncomfortable if there name is not pronounced properly, so it would be good to learn the proper pronunciation if you are planning on living in Japan. As we learned in this article, there are some names that use the same characters, but are pronounced differently, so it would be best to check in advance what the pronunciation is before embarrassing yourself.

We hope that this information will help you gain a deeper understanding of the various Japanese last names you may encounter while in Japan!