TOP
Topics
If you don't know, know you now! Appetizing information for foreigners about drinking in Tokyo and the "Otōshi"
Feb 11. 2020Topics

If you don't know, know you now! Appetizing information for foreigners about drinking in Tokyo and the "Otōshi" 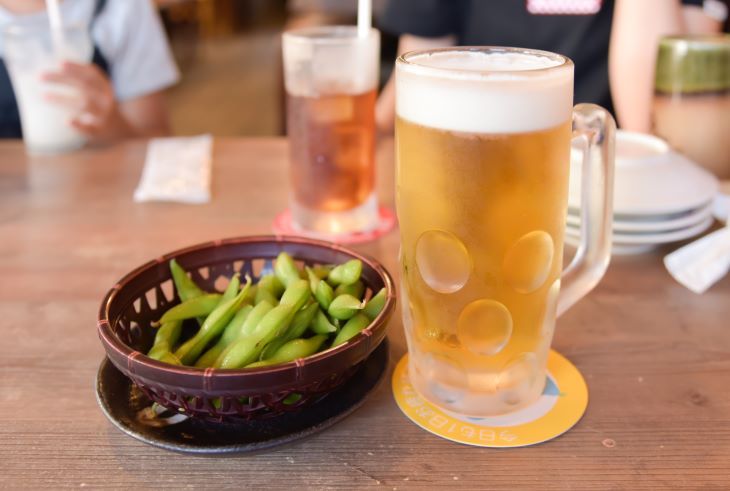 １ Have a drink at a Japanese pub

Foreign tourists visiting Japan often come with the goal of "eating lots of delicious food and drinking lots of delicious sake and beer" on their mind. There is a word in Japanese called "senbero" meaning "drink as much as possible for 1,000 yen", which is quite popular among those who love Japanese alcohol, and there are literally thousands of standing bars or "izakaya's" in Tokyo where you can do just that, and we hope foreign tourists take advantage when they visit.

But before that, there is one aspect of Japanese culture that foreign tourist should know about Japanese izakaya's. It is something called "Otōshi".

This time around, we want to take the opportunity to educate readers about "Otōshi", which is quite important to know about if you are planning to get out and about for drinks in Tokyo. Even if you currently living in Japan, make sure to read up in advance so you can understand this uniquely Japanese system.

"Otōshi" is a relatively young system that is said to have started around the beginning of the Showa era in Japan, and it was named in the sense that "the first part of the customer's order has been served." This is not something that is known to foreigners, but in an izakaya, it is an appetizer that is served to the customer automatically after being seated. In the Kanto region, it is called Otōshi but in the Kansai region, it is known as Tsukidashi.

The Otōshi culture is not only seen at izakaya's in Tokyo, but something you will see nationwide. It is offered to the customer without being ordered and is a dish that will be served to all members in your party, so now you know! In some cases, foreign tourists may be taken aback if they don't understand and think they need to pay for something they didn't order, which leads to trouble, so knowing this aspect of Japanese culture can, and will be useful.

Otōshi is considered to be a bridge until the dishes ordered arrive at your table and is also a measure of learning about what is served at the restaurant you are at, along with the understanding of the skills of the kitchen staff.

There are izakaya's that offer a special kind of Otōshi that reflects the characteristics of the restaurant and chef, and there are izakaya's where several small dishes are brought to the table so the customers can choose for themselves.

There are lots of restaurants in Tokyo that focus specifically on the quality of the Otōshi, considering that the Otōshi alone can have a positive or negative affect on the customer's impression of the restaurant. 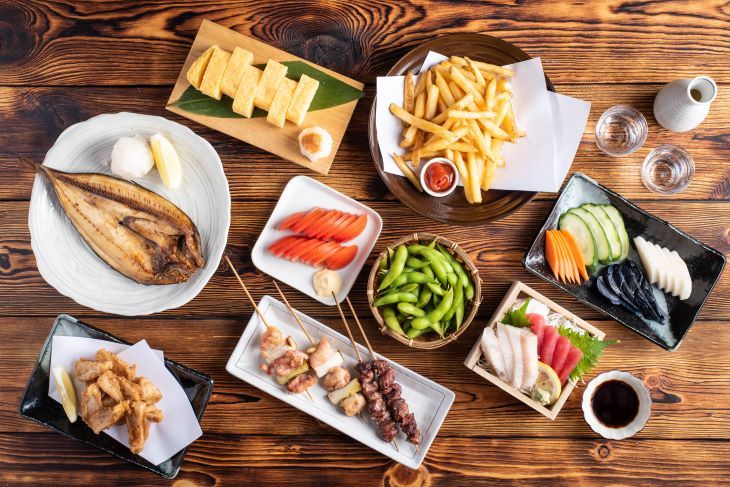 ３ How is Otōshi different from giving a tip?

Otōshi has different meanings at different establishments in Tokyo, so if you decide to reject the appetizer, the response to your request will differ. What that means is that in general, you can't really refuse the Otōshi unless you make a request. Some restaurants will not charge you for Otōshi if you refuse it, and some restaurants will, but in turn will charge you a seat charge. It is a good idea to check with the staff before entering so as to avoid misunderstanding.

The price of Otōshi varies depending on the restaurant, but it is generally set at an amount between 300 and 600 yen per person. There are izakaya's that provide Otōshi at no charge, and on the other hand, there are izakaya's that set at a high price of 1,000 yen, so if you want to reduce drinking cost in Japan, and enjoy senbero, be sure to select an izakaya while paying close attention to the price of the Otōshi.

The culture of Otōshi was originally something that was brought about in the spirit of hospitality, and allow customers to enjoy a delicious dish along with the first drinks that are ordered before the main dish arrives, and is a system that is unique to Japan. The fact that you can get a taste of what the restaurant food tastes like before ordering, a 500 yen charge may be a very inexpensive fee to pay.

４ How to avoid trouble with regards to Otōsh

In foreign countries, unlike in Japan, small dishes are sometimes served free of charge, so when in Japan, you may not think about the charges that these dishes may incur and only notice when paying the bill, which can result in potential trouble. This kind of misunderstanding leads to trouble with regards to the Otōshi, and has been on the increase with foreign tourists who don't understand this kind of system. These kind of misunderstandings can prevented by knowing about this unique Japanese culture.

Most pubs and restaurants in Tokyo have English or Chinese menus so the details about charges should be understood without issue. However, it should be noted that there is no word for Otōshi in English, so it may be written as "appetizer" or "small dish". The easiest way to understand the charge for Otōshi is when it is described as a table charge. Table charges will be billed as Otōshi charges and are charged to all customers.

Some people may say, "I don't understand the differences between cultures and was not satisfied with the Otōshi", or "They shouldn't charge for something I didn't order". To prevent these kind of misunderstandings that could potentially ruin your sightseeing trip to Tokyo, it is necessary for foreign tourists who are sightseeing in Tokyo to know about Japan's Otōshi culture. Make sure to understand the Otōshi system and choose an izakaya that is inexpensive and delicious as one of your cherished memories of sightseeing in Tokyo.

In this article, we have introduced you to some of the need to know details about Japanese izakaya's and the Otōshi system that foreigners who love Japan should know about. It is important to note that some izakayas have the Otōshi system and some do not, and the price of the Otōshi varies depending on the izakaya. The price of Otōshi for one person depends on the restaurant, and it is a charge that will be included in your final bill, even if you didn't like it. Understanding this system may be confusing for foreigner tourists, so it is best to have this knowledge before entering an izakaya in Tokyo.

We hope that you will be able to find your favorite, inexpensive izakaya with delicious good and sake that has a good atmosphere in Tokyo by referring to the contents introduced this time around.

Spots to visit when sightseeing in Tokyo! Why "Meiji Jingu Shrine" is so popular with foreign tourists
For the foreigner who loves Japan! The history about Japanese last names and more