TOP
Topics
Comforting information for foreigners living in Tokyo! The origin and custom of the Japanese New Year
Jan 21. 2020Topics

Comforting information for foreigners living in Tokyo! The origin and custom of the Japanese New Year 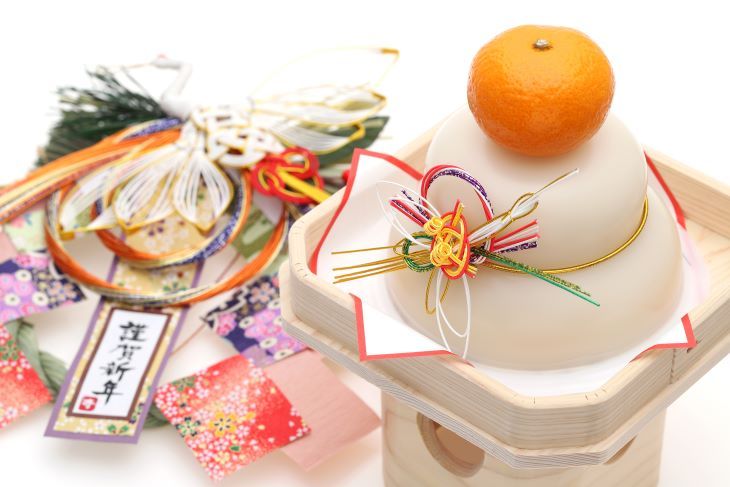 It may not be well known to foreigners, but during the New Year holidays in Japan, people celebrate the New Year with their family, relatives and close friends by holding New Year's events and eating traditional Japanese New Year food. Everything related to the New Year, such as Kagami-mochi and various decorations that have a deep rooted meaning.

In this article, we would like to introduce you to the origins and customs of the Japanese New Year that foreigners who spend the year-end and New Year holidays in Tokyo should know. This is an opportunity for foreigners who are in Tokyo to learn more about the New Year and to make their New Year in Tokyo more fulfilling.

２ What is the origin of the New Year "New Year God"?

The origin of the New Year is that January, in the lunar calendar, was called the New Year. January 1st, which is now a national holiday, is called "New Year's Day", and the first three days of the New Year until January 3rd are called "Sanganichi". January 7th is called "Matsunouchi". This time period of the year is now called New Year's. In addition, although ideas differ depending on the region such as in Tokyo, in general, various New Year's events are held until January 15th.

December 8th is the official beginning of the New Year, and that is when preparations for the New Year will gradually begin.

On New Year's Day, the god of that year is thought to visit each family to bring happiness to the New Year, and the item that draws the god to the home is the kadomatsu, shimeji decoration and kagami-mochi. Various customs have been created in Japan to welcome the New Year's god and bring happiness.

The New Year can be seen as a time of hospitality for the New Year's God. 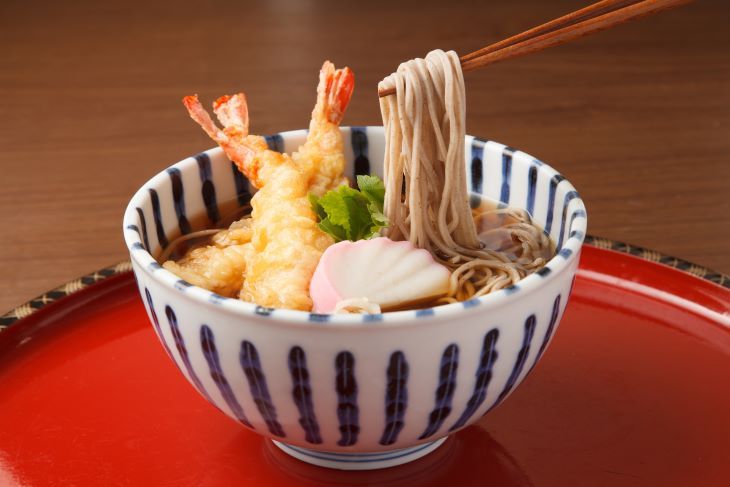 Foreigners may not be very familiar, but there are many Japanese customs around the New Year that have been cherished since ancient times in Japan so that people can have a peaceful and blessed New Year. Let's look at some of the customs in detail.

There is a culture in Japan of performing a deep cleaning of facilities just before the end of the year including Buddhist altars, shrines and cleaning up your house before the new year to welcome the new year's god. It is believed that you will be given blessings from god by cleaning every corner of your house, so people clean up every nook and cranny at the end of the year. In addition, this allows Japanese housewives, who are always busy with housework, to take the first three days of the year (Sanganichi) to relax. Also, no cleaning should be done during this time, especially on the first day of the year as it is believed that it will chase away the god of fortune that has visited.

・The Custom of Eating Soba Noodles on New Year's Eve

Eating soba noodles on New Year's Eve is a custom with the meaning of "growing long and thin like buckwheat noodles", in the hope for longevity of the family, and because buckwheat is easy to cut, "cutting off the hardships and disasters of the previous year." In addition, the green onions in soba noodles have the meaning of "tsukare o negirau" meaning "reward for hard work", "prayer" and "purity" for all of the hard work done in the year past and prayer for happiness in the New Year.

In Japan, the New Year's Shimekazari (decorations) are ornaments that include something called a Kadomatsu ("gate pine" which is a traditional Japanese decoration of the New Year placed in pairs in front of homes to welcome ancestral spirits), a Shimenawa (a straw festoon) decorated with a small fan, small Daidai berries and Yuzuriha leaves on a hemp rope, and where it is seen, indicates that location as sacred. Decorations are placed at the entrance to welcome the New Year God. A Kadomatsu is made of bamboo and pine and placed in front of the gate of a house on the left and right sides. Starting to put up your New Year decorations on December 29th, 30th or 31st is called "overnight decoration" and is often avoided as it is believed to be bad luck. For good luck, it is believed that decorating should start just after Christmas between the 26th until the 28th.

Kagami-mochi is to be displayed as a gift to the New Year's god.

Daidai fruit is displayed on large and small stacked round rice cakes, and in recent years, rice cakes in plastic containers have been sold.

Kagami Biraki (a Japanese traditional ceremony which literally translates to "Opening the Mirror" or "Breaking of the Mochi" and traditionally falls on January 11) is believed to be the home of the New Year's God and when you eat the Kagami-mochi, you will receive energy and good health.

・Hatsumode (first visit to a shrine in the new year)

It is believed that to gain happiness for the year to come, you should be happy at the beginning of the year.

Hatsumode is originally a greeting to the New Year's gods in the area where they live, but nowadays, regardless of the area, people visit well known shrines and temples close to where they live to pray for prosperity. It is also believed that spending money on New Year's Day would make it a wasteful year, but it is believed that making an offering to a shrine is an exception.

An important part of Japanese culture is to show gratitude to the people who take care of you, so a letter of thanks during the New Year season is sent in appreciation for the previous year and also to maintain good relations with those people. In recent years, the number of people who send New Year letters or greetings by e-mail or LINE is increasing, but it is said that the number of delivered New Year's cards has not declined and many Japanese people to this day still write and send New Year's cards. Also, checking the mail box to see if a New Year's card has arrived can also be a lot of fun too during the New Year season.

・Watching the first sunrise of the year

Traditional Japanese New Year food (Osechi Ryori) is prepared in a multi-purpose box in celebration and is filled with traditional food using ingredients called colorful lucky charms. It is said to be an offering to God and a meal for prosperity of family.

In this article, we have outlined and provided you with information on the origins and customs of the Japanese New Year that foreigners who love Japan or those who are visiting Tokyo may want to know. In Japan, there is a long standing custom of saying "forget the year", meaning you should forget the bad and cherish the good memories of the year past during the New Year season celebration.

Useful comparative information about the three major shopping districts of in Tokyo for foreigners: Shibuya vs Shinjuku vs Ikebukuro
Important information for foreigners living in Tokyo. How to prevent catching a cold and how to keep warm in Tokyo