１ Carry happiness with you! Japanese "lucky charms" to be thankful for

There are "good things" and "bad things" all over the world. There are lots of auspicious items in Japan, and Japanese people prefer auspicious items in their daily lives. During the New Year season people eat auspicious foods, auspicious items for weddings, housewarming celebrations and school entrance ceremonies. In Japan, there is a persistent culture of sending gifts that are reminiscent of good luck. Auspicious items are for wishing for good health, harmony of a married couple, prosperity of offspring, long life and so on.

The word "engi", which has been used for a long time to mean "good day" or "good auspicious day", is an abbreviation of the Buddhist saying "occurrence of all things caused by factors". In this article, we will introduce you to Japanese lucky charms that foreigners living in Tokyo will be happy to know about.

In Japan, round objects are considered good luck. Because there are no corners and it is round, it is said to be auspicious because it is "circular" and without an "end". Round items are also a favorite for weddings as they are closely associated with the words "infinite" and "eternity".

It is a popular doll as a souvenir for foreign tourists because it has a lovely appearance and the feel of Japan. It is a lucky charm not only to wish for family safety and health, but also for prosperity in business. Daruma is a figurine that represents the zazen figure of Tama, a real priest.

The Daruma figurine is used for making a wish and filling in the "left eye" when making your wish, and filling in the "right eye" when the wish comes true. There are many kinds of Daruma's: black for prosperity in business, yellow for fertility, gold for money, red is a charm against evil spirits, and white for passing exams and achieving goals.

The beckoning cat has been regarded as auspicious in the sense that it exterminates rats that eat crops and straw. If the right hand is up, it is male and used to bring money. If the left hand is up, it is female and used to attract people. You may see some of these in front of hotels and restaurants, so keep your eyes peeled for the beckoning cat.

It is said to be auspicious if there is a standing tea stalk in a cup of tea. Especially in tea served in the morning, and it is said to be good luck if the tea stalk is in the middle of the teacup. It is also said that if you notice a tea stalk standing in your tea, you should keep it a secret and not tell others for good luck. Be sure to keep this a secret if you happen to see one in your tea. However, tea stalks standing after noon are said to be from other people and are not considered good luck.

In Japan, the number 8 is said to be an auspicious number. This is considered not only in Japan but also in China and Hong Kong or countries that use kanji.

In Japan, "eight" spreads downward (八), meaning "expanding", and it is regarded as a sign that the future is bright and full of opportunity.

This is why many people in Japan like the number 8 and often use it when choosing their license plate number. On the other hand, the number 4, meaning "death" and the number 9, meaning "suffer" are not popular.

Japanese 5 yen coins are said to have good auspiciousness because of the term "go en ga aru", meaning "destiny" or "lucky fate". Lots of people use 5 yen coins as monetary offerings at shines and keep them in their pocket for luck.

A spider is a grateful killer that kills ticks and pests, but in Japan a spider that appears in the morning is a sign of good things and is not to be killed. Since morning spiders are said to be from heaven, let it be without killing it. On the other hand, spiders appearing at night are said to be bad luck.

・A swallow bird that makes it nest at your home

Blue birds and mandarin duck are also known as auspicious birds, but in Japan it is said to be auspicious if a swallow makes its' nest at your home.

Because swallows pick a place to nest that is safe for raising their children, they can only nest in places that are not prone to disasters and external enemies. Therefore, it is said that if a swallow makes it home at your home, that means that where you live is a safe place where happiness will flourish, you will have luck with regards to money and a place that will be blessed with children.

In Japan, kelp rich in dietary fiber and calcium is considered to be an auspicious food. Kelp was once said to be "ubiquitous" and is said to have been the origin of the "unveiling" of weddings.

Lotus root, known as an auspicious food, is an ingredient used in soup during the New Year. It is used for cooking and celebrations because it has lots of holes, means that it will give you future perspective and that there will be no problems for you in the milestones of your life.

There may not be a lot of things that are special for foreigners, but for Japanese people there are lots of small things like this. How about taking a look at some of these lucky charms if you live in Tokyo? 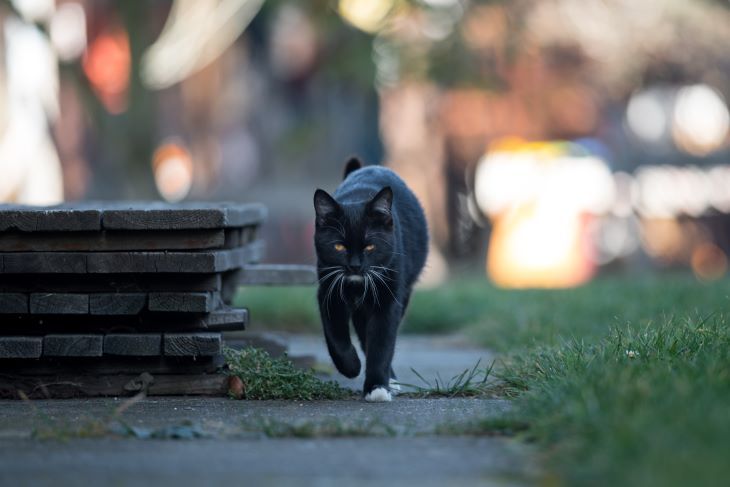 This is why it is said that it is bad luck if a black cat crosses the road, and black crows are also considered ominous birds.

・Placing your pillow on the north side when you sleep

・Bringing potted plants to people who are sick

It is not good to bring a potted plant to a person who is sick because rooting is associated with "sleeping" on a bed. On top of that, Cyclamens are reminiscent of "death" and "suffering" and Camellias are considered ominous because the flower neck falls, so it would not be appropriate in situation where sympathy is being considered.

・Gifting cutlery as a wedding gift

・Giving shoes or socks to people older than you

In this article, we gave you information about lucky charms in Japan that we want foreigners who love Japan and Japanese culture to know about.

There are lots of auspicious items born from the unique Japanese culture and each item has a clear reason as to why it is considered to be auspicious. Without this knowledge, you may make someone you care about in Japan feel uncomfortable without knowing.

By referring to the contents introduced this article, we hope you will be able get your hands on some of the lucky charms mentioned above while spending time in Tokyo when you visit.

Popular in Tokyo! Japan's beloved "fast food" for foreigners
We want foreigners to know! The "Tokyo Oases" that you wouldn't believe would be in a major city!